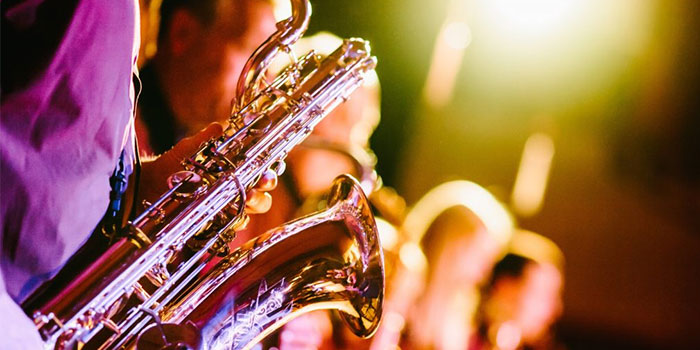 The Light Up The Queen Foundation is proud to present three opportunities to enjoy the young talents of the Boysie Lowery Living Jazz Residency!

With a core mission of music education, the residency honors Robert “Boysie” Lowery, who taught music to young artists — including Clifford Brown — the Light Up the Queen Foundation’s Boysie Lowery Living Jazz Residency identifies outstanding, emerging jazz artists/composers from ages 17-25. Selected by a competitive application process, 12 students who represent some of the finest nationwide schools are this year’s program residents. The jazz residency — for which there is no tuition or application fee — immerses participants in two weeks of intense training, composing, arranging, improvisation and performing. The 2017 residency culminates in two public performances: Saturday, June 24 with the Delaware Chamber Music Festival at the Episcopal Church of Sts. Andrew and Matthew and the Sunday, June 25 Graduates’ final concert at the historic Queen Theater on Market St.

Who was Robert “Boysie” Lowery?

Robert “Boysie” Lowery was born in Kinston, North Carolina and studied trumpet with his father, a bandleader and blacksmith, and his brother Bud, who played clarinet and saxophone in his father’s band. Early on, Bud began mentoring his younger brother, teaching him how to read music and instructing him in the basics of music theory. This personal attention provided Lowery with the foundation from which he was to develop his own unique teaching method and philosophy of jazz improvisation. In the early 1940s, Lowery moved to Wilmington, Delaware where he formed a band called the Aces of Rhythm. And it is in Wilmington where Boysie began his extraordinary career as a jazz educator.
For over 50 years, Lowery taught hundreds of aspiring musicians. His most noted pupil, however, was the late Clifford Brown, considered by many to be the finest trumpeter of the time. Clifford began his study with Lowery at the age of 12 while a student in Wilmington’s public schools. Lowery’s list of pupils also includes some of the finest jazz musicians to come out of the Delaware Valley including Lem Winchester, Ernie Watts, Abdu-Rashid Yahya, Marcus Belgrave, and Gerald Chavis. In addition, Lowery had been sought out by musicians as far away as Russia (Valery Ponomarev) and Africa (Hugh Masekela).
Prior to his death in 1996, the Mid Atlantic Arts Foundation awarded Lowery with its 1995 Living Legacy Award.
Previous Post
Next Post

Light Up the Queen

Light Up the Queen Foundation is supported, in part, by a grant from the Delaware Division of the Arts, a state agency, in partnership with the National Endowment for the Arts. The Division promotes Delaware arts events on www.DelawareScene.com.