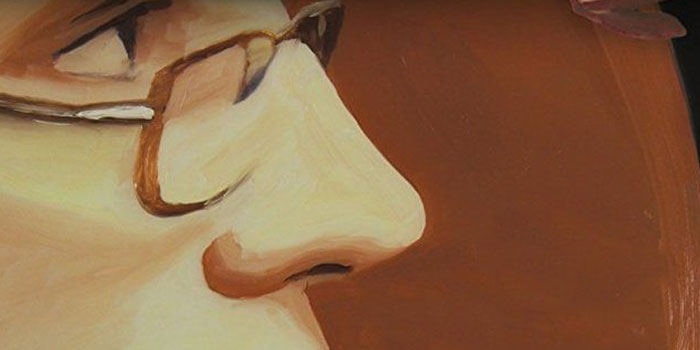 “Inclusion shouldn’t be a lottery.”

Film Synopsis:
DJ Savarese, or “Deej”, is a gifted young writer and an advocate for nonspeaking autistics. As a child left without his birth parents, he was written off as “retarded”. Now, as a high school student surrounded by a loving family, Deej is an advocate for others like him and embraces filmmaking and poetry to discover what having a voice can truly mean.

For DJ, he felt he’d won the lottery when he was adopted, and felt he’d won it again when he entered the regular school system. This story, told from the inside by Deej (and not by his parents or autism experts) is a deep exploration of what it really takes to make the goals of “inclusion” and “disability rights” a reality.

Autism Delaware
Annalisa Ekbladh is a parent advocate and leads our family support division here. She’s responsible for leading staff who provide over 200 social, recreational and support events each year, respond to more than 1,800 annual parent contacts and provide parent and professional training on autism.

Autism Delaware
Katina Demetriou is a career-long service professional who is the director of our unique POW&R (Productive Opportunities for Work & Recreation) adult vocational program. Katina was instrumental in the development of POW&R, which is an entirely community-based vocational program working with more than 85 partner businesses across Delaware. Katina is a nationally recognized speaker on issues of community access and adult support.

Center for Disabilities Studies Assoc Dir (also Asst. Professor, School of Edu, U of D)
Brian Freedman, Ph.D., is the Associate Director of the University of Delaware Center for Disabilities Studies (CDS). CDS is dedicated to enhancing the lives of people with disabilities and their families through research, service and training. In his role, Brian oversees a number of initiatives supporting students with developmental disabilities and their families transition from high school into employment, college, and other aspects of adult life. This includes the Career & Life Studies Certificate, a 2-year inclusive postsecondary education program at the University of Delaware for students with intellectual disabilities. Brian also oversees several projects specific to those impacted by autism spectrum disorders (ASD) and is the interim director of the Delaware Network for Excellence in Autism, which offers training and technical assistance to organizations and families about ASD-related issues across the lifespan. He is an Assistant Professor in UD’s School of Education and has a background in clinical psychology.

Autism advocate
Brent Sullivan is so overjoyed to have been invited to present on this panel. “I have practiced using letterboard to communicate for a few years but up until then, I lived a life of silence. I am forty-eight years old and live semi-independently in Landenberg, Pennsylvania. Thank you to Deej for spreading the world on nonspeaking autistics, my thanks to his family and the producers of this film. Thank you to everyone at The Queen who made this night possible. The value of this film for our community is immeasurable.”

Filmmaker, Producer, Director, Videographer, Editor
Robert Rooy is an independent filmmaker who has worked in more than twenty countries, creating media with and for international development, human rights, and environmental organizations. His encounter with Muhammad Yunus, founder of Grameen Bank in Bangladesh and winner of the 2006 Nobel Peace Prize, led to producing and directing To Our Credit, a two-part PBS series that aired in 1998. In addition, he has worked as an assistant director on more than forty films, including Lonesome Dove, Honeymoon in Vegas, Minority Report, and The West Wing. He holds an MFA degree from Yale School of Drama, a Distinguished Alumnus Award from Calvin College, and a National MediaMaker Fellowship from the Bay Area Video Coalition.