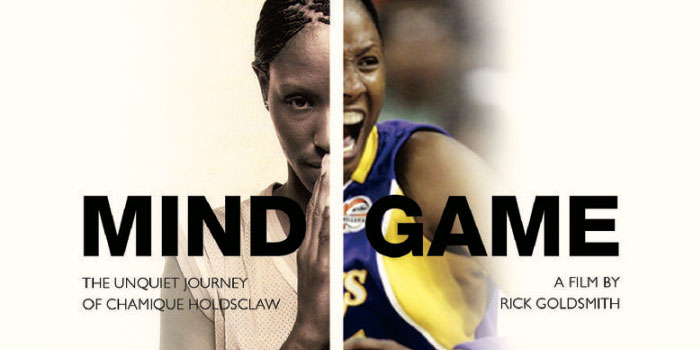 A film by Rick Goldsmith

From the rough-edged courts of New York City, recruited by legendary Coach Pat Summitt in 1995 for the University of Tennessee, Chamique Holdsclaw impressed crowds with her eloquent talent in athleticism. She was dubbed the “female Michael Jordan”– the best women’s hoopster on the planet. As a 3-time NCAA champ and Number One WNBA draft pick, Holdsclaw had a bright future and spectacular professional career ahead of her — until the long-suppressed battle with mental disorders emerged. Narrated by actress Glenn Close, “Mind/Game” is a fulfilling, emotional story of struggle, drive, and redemption that will leave you inspired.