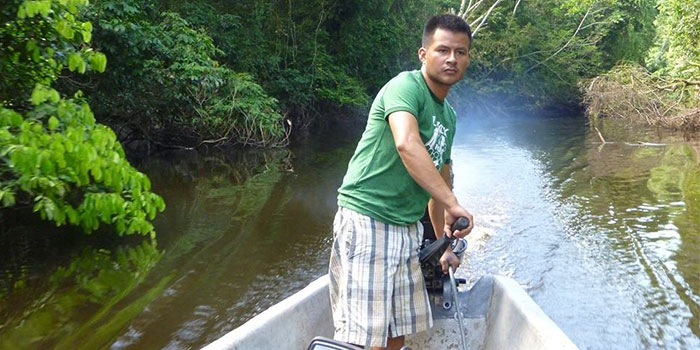 A film directed by Laurel Spellman Smith and Francine Strickwerda

A true story of two boys coming of age as they each confront one of the world’s worst toxic disasters, Hugo Lucitante and David Poritz were born on opposite ends of the oil pipeline. Hugo comes to America to fight for the survival of his Cofan tribe in the Ecuadorian Amazon, while David goes to Ecuador to launch the world’s first company to certify oil as “fair trade.”

The two young men come into each other’s lives when they share a canoe ride, which begins a lifelong journey for both of them against social, financial, economic, and global pressures. This is an intimate portrait of two young people finding their voices and beating incredible odds. Shot over the span of six years, Oil & Water is an independent documentary produced and directed by Laurel Spellman Smith and Francine Strickwerda of Stir It Up Productions, a Seattle-based documentary company.